North Korea's Sneaky Strategy for Spying on the South 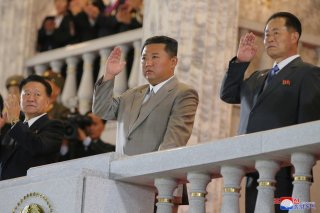 Here's What You Need to Remember: Citing South Korea’s National Assembly, NK News also ran a chart listing the number of arrests each year on espionage charges. There have been four this year, after one each in 2019 and 2020, and none in 2017 or 2018. However, eleven spies were arrested in 2010, eight in 2011 and nine in 2012.