Not NATO, But Sweden's Air Force Would Have Survived a Soviet Attack, No Problem 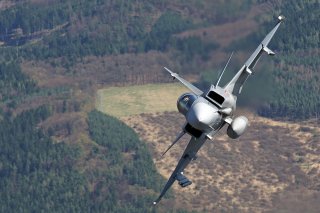 Here's What You Need to Remember: Taken all together, a single Bas 90 base complex would be spread of a large area, and have several kilometers of usable flight strips and taxiways in total, creating a larger target area that was also more discreetly camouflaged into the road system.

Though not a member of the North Atlantic Treaty Organization, non-aligned Sweden nonetheless feared an air attack from the Soviet Union during the Cold War. In an effort to preserve the Flygvapnet, or Air Force, in case of a conflict with the Soviet Union, Sweden developed a unique force dispersal concept called Flygbassystem 90, or Air Base System 90.