Not Stealth, But a Killer: Why Sweden's J37 Viggen Jet Was One of the Finest 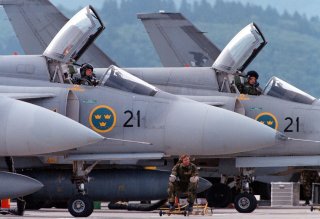 Key point: Sweden wants to be secure and during the Cold War it had a good air force. The J37 was a huge part of that effort.