Nuclear EMP Attacks Are a Threat. How Can the U.S. Air Force Defend Itself? 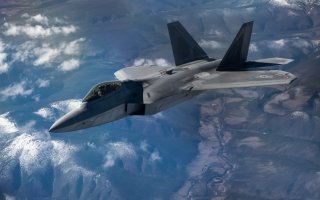 Air Force Chief General Charles Brown tweeted on January 27, 2021, “Let me be clear, the U.S. Air Force is committed to providing Electromagnetic Spectrum [EMS] superior Air Forces to achieve victory in all domain competitions and conflict.” That same day he acknowledged that the Air Force has been “asleep at the wheel” for the last 25 – 30 years when it comes to operations in the EMS.

One Air Force element not asleep was the Air University, which formed an Electromagnetic Defense Task Force (EDTF … note “Defense”) that published an action-oriented report in 2018, including exhortations like “IT’S TIME FOR BOLD ACTION” and “In countering EMS challenges, some windows of opportunity needed to compete with our adversaries are closing. Meanwhile, EMS threats that have existed since the 1960s and earlier, such as nuclear-EMP [electromagnetic pulse] and geomagnetic storms, have regained prominence.”

This paper (1) summarizes some key aspects of the EDTF’s 2018 report and a follow-on 2019 report, and (2) focuses on nuclear-EMP superiority through assured defensive measures.

Among the 2018 EDTF’s major issue areas were a range of military-related concerns. For example,

... military installations represent the vulnerable underbelly of the defense enterprise.

… even organizations like USSTRATCOM that have kept up with hardening requirements since the end of the Cold War might not meet mission challenges due to structural and system dependencies which rely on unhardened sources of electricity.

… an EMP would cause instantaneous and simultaneous loss of many technologies reliant on electrical power and computer circuit boards, such as cell phones and GPS devices.

certain EMS vulnerabilities are not novel: ‘Don’t regard EMP as a hard to understand newly discovered effect.’ … our collective knowledge on EMS phenomena is the lowest point in recent history while the risks and threats are possibly the highest given the nature of widening knowledge and capability.

... where EMS damage is severe enough, equipment may be permanently incapacitated. These kinds of vulnerabilities require planners to think creatively about mission essentials ...

… well known EMP, GMD [geomagnetic disturbances] and other EMS phenomena do not directly cause harm to humans, some effects can be extremely dangerous and potentially deadly.

In 2019 the EDTF noted that "… in 2018 the White House, U.S. Congress, the Enterprise Capability Collaboration Team (ECCT), and [EDTF] simultaneously converged on the reality that the preponderance of military forces is ill prepared for an environment characterized by a degraded electromagnetic spectrum." Accordingly, the EDTF shifted its focus to Joint Force resilience and pointed out that  "It is the policy of the United States to prepare for the effects of EMP through targeted approaches that coordinate whole-of-government activities and encourage private-sector engagement."

The 2019 EDTF’s long conclusion included this statement: “It is the strongest recommendation of this task force that USNORTHCOM develop concepts of operations and contingency plans for major EMS impacts (including EMP, GMD, and space-based PNT [positioning, navigation, timing]/GPS degradation) to the lower contiguous 48 states. Such plans may be built for little to no cost. However, the degree to which the resilience of the United States and Joint Force will be enhanced by this straightforward strategy cannot be overstated.”

Nuclear EMP is the focus because of (a) its potential for existential damage to the United States (possible eventual deaths of up to 90% of the U.S. population) from a one-or-few weapon attack by Russia, China, North Korea, Iran, or perhaps a terrorist organization; (b) its potential for disabling U.S. military equipment deployed at worldwide installations or in space; and (c) no assurance that such attacks would be deterred by a U.S. nuclear response, including "assured destruction" (from mutually assured destruction, MAD).

In a military world often dominated by offenses, defenses offer the best outcome when facing possible nuclear EMP. For example, if even a tiny nuclear power like North Korea can cause the deaths of 200-300 hundred million Americans by a prolonged nuclear-EMP-induced electricity blackout, it makes no sense for the U.S. to rely on a retaliatory threat of immediately killing perhaps a third of ~26 million North Koreans (a U.S.: N.K. death ratio approaching ~30:1) and destroying its tiny industrial capacity.

Basing deterrence of a nuclear-EMP attack on MAD is flawed. A blackout attack on our homeland could cause any U.S. response to be fragmented and ineffective because of possible delays due to attacker denials or third-party nuclear threats plus command and control uncertainties; homeland turmoil due to electricity outages (which also affect military installations); failures in communications, computers, weapon-systems, support equipment; etc. If a non-optimum U.S. nuclear retaliatory response were to finally occur, it could be answered with an even more devastating nuclear counter-attack from one or more nuclear adversaries.

In case of an EMP attack on a remote Air Force base (for example, Guam), major U.S. nuclear retaliation would seem even less credible. The EMP could disable the aircraft, support systems, and electricity supplies but leave the physical airframes, other equipment, buildings, runways, AND PERSONNEL undamaged. In addition to warfare setbacks, there could be significant Air Force embarrassment and Congressional inquiries as to why the systems were not properly hardened. U.S. leaders could deliberate and determine a response deemed appropriate, assuming the attacker’s identity is verified, but verification may be difficult in the case of denials and false-flag operations by various adversaries. Recall that there was NO immediate U.S. military response after January 2020 clearly identifiable Iranian strike with missiles on our forces at two Iraqi airbases. Although there were dozens of brain injuries, no U.S. deaths resulted; later, some missile defenses were installed.

The many nuclear-EMP threats from China and Russia are described in great detail in two documents. Suffice it to say that the threat is massive, from both missiles and space, and believed to be in excess of current military hardening standards. Notably, EMP attacks are regarded as associates of information, electronic, cyber, non-kinetic warfare, more like EMS operations than all out nuclear combat. Further, “The Congressionally created EMP Commission assesses that North Korea already has super-EMP nuclear weapons and the capability to deliver them. ... Iran may also already – or soon – have the capability to deliver an EMP attack.”

So, what should the Air Force do to achieve EMP superiority?

The EDTF already highlighted U.S. policy to prepare for the effects of EMP. The EMP Commission and the Executive Order on Coordinating National Resilience to Electromagnetic Pulses also call for protecting America’s electric grids by hardening transformers and control systems and protecting other life-sustaining critical infrastructures from the catastrophic consequences of EMP. The Air Force should encourage and, where appropriate, help accelerate implementing such protection measures. Possible Air Force roles in recovery and reconstitution should also be considered.

The Space Force should ensure that key satellites and associated terrestrial control stations are hardened to withstand EMP attacks. It should also deploy capabilities to examine space-based systems suspected of carrying nuclear weapons. Together with the Army and Navy, the Air Force and Space Force should collectively pursue development and deployment of exo-atmospheric land-, sea-, and space-based interceptors to defend against hostile global launches of suspect EMP-carrying missiles (including new hypersonic missiles) and suspect EMP satellites. A robust array of non-threatening defenses to protect Air Force bases (plus other-service installations and nearby U.S. interests) would strengthen U.S. deterrence against nuclear-EMP attacks as well as non-EMP missile threats; the costs would be trivial compared to U.S. losses from a nuclear-EMP attack!

In summary, as the Air Force strives for EMS superiority, it should concentrate on a wide range of defensive measures, such as identifying and hardening ALL mission-essential elements, securing essential electricity and fuel supplies, and prudently deploying active defenses. All of these efforts should be aimed at countering current homeland, overseas, and space vulnerabilities to EMP attacks on Air Force and Space Force systems and bases.

Norman Haller has led and assisted analyses, planning, and preparing reports for DoD and Congress on nuclear and non-nuclear forces for deterrence and defense against missile attacks. Now a consultant, he served in the Air Force, Office of the Secretary of Defense, and Nuclear Regulatory Commission as the Chairman’s Executive Assistant.

Dr. Peter Vincent Pry is Executive Director of the EMP Task Force on National and Homeland Security, served as Chief of Staff of the Congressional EMP Commission, and on the staffs of the House Armed Services Committee and the CIA.