Nuclear Ramjets: From Underwater, this Engine Could Have Sent a Manned Submersible Flying at Mach 4 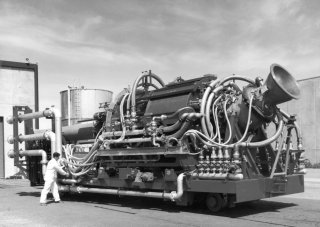 Here's What You Need to Remember: “Ambitious” seems an insufficient word for Convair’s wonder weapon, but the San Diego company always had ambitious ideas, and many of them panned out. Along with dreams like the Submerged Nuclear Ramjet and the Model 49 AAFSS, Consolidated/Convair produced realities like the PBY Catalina, the B-36 and the Atlas missile. California dreaming, indeed.