The Old Ohio-Class Submarines are Just as Devastating as Ever 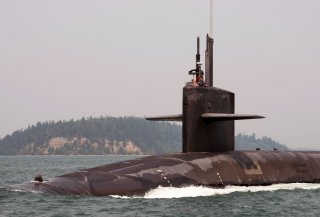 Here's What You Need To Remember: In fact, Ben Ho Wan Beng has already described how Ohio-class SSGNs could be used to “kick down the door” by suppressing anti-aircraft and anti-shipping missiles in a first strike, paving the way for aircraft and surface ships to exploit the resulting gap in an adversary’s defenses—a role the USS Florida played in the Libya intervention.

In fact, Ben Ho Wan Beng has already described how Ohio-class SSGNs could be used to “kick down the door” by suppressing anti-aircraft and anti-shipping missiles in a first strike, paving the way for aircraft and surface ships to exploit the resulting gap in an adversary’s defenses—a role the USS Florida played in the Libya intervention.