One Company Tried to Out Glock Glock. They Might Have Succeeded. 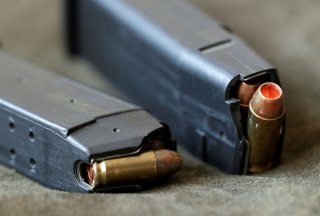