One Group of Americans Is About to Lose Their Stimulus Payments 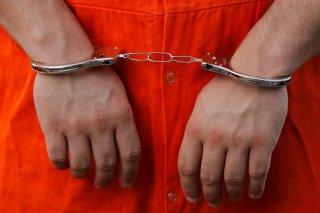 Here's What You Need to Remember: “We strongly support state efforts to seize criminals’ Economic Impact Payments and to ensure that these payments benefit families victimized by crime rather than incarcerated criminals,” the two Democrats had written in their letter to Treasury.

Ever since the $1,400 stimulus checks from the American Rescue Plan began rolling out in January, there’s been a controversy related to what happens to the checks that go to incarcerated people, and other convicted criminals. There is nothing in the Rescue Plan legislation that says those convicted of crimes are not eligible for them, but officials in some states have moved to garnish those people’s checks.

Prosecutors in Alabama have pushed for the checks of prisoners to be taken away, and perhaps redirected towards victims of crime.

There have been similar efforts by lawmakers and legislators in other states, with some states pushing to collect stimulus funds from prisoners who owe restitution.

In 2020, following the passage of the CARES Act, the IRS first claimed that prisoners were eligible to receive the checks, although they eventually backtracked. This brought the battle into the courts, until a District Court judge ruled that taking the checks away from prisoners was “arbitrary and capricious,” and ordering the distribution of the checks to proceed.

Now, the Biden Administration has issued a guidance as to how to deal with the question of stimulus checks for prisoners.

“To the extent permitted by applicable state and local law, amounts paid in the third round of [economic impact payments] may be subject to garnishment by state governments, local governments, or private creditors, as well as pursuant to a court order (which may include fines related to a crime, administrative court fees, restitution, and other court-ordered debts),” the Treasury Department said in a letter to two Senators, as published by The Hill.

Treasury also said that the IRS’ Frequently Asked Questions page related to the stimulus will be updated to reflect the new policy.

“The FAQs do note that people will not be denied stimulus payments solely because they’re incarcerated,” The Hill said. “They also say that third-round stimulus payment amounts won’t be reduced for federal debts or past-due child support.”

The letter, sent to Sen. Maggie Hassan of New Hampshire and Sen. Joe Manchin of West Virginia, is set to be released publicly soon. The Democratic senators had sent a letter to Treasury asking for clarification on the policy.

“We strongly support state efforts to seize criminals’ Economic Impact Payments and to ensure that these payments benefit families victimized by crime rather than incarcerated criminals,” the two Democrats had written in their letter to Treasury.

Stephen Silver is a daily news contributor for the National Interest.