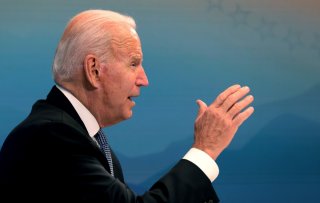 Key Point: Ever since he was inaugurated as president, Joe Biden has been urged to forgive some amount of student loans.

The president has passed some debt forgiveness, in connection with some shady universities that have actively defrauded students.

Biden has been asked by activists to unilaterally cancel $50,000 in federal student loans per borrower under the Higher Education Act, although the Administration has reportedly asked the Education Department to perform a legal review over whether such action would be allowed. It’s unclear what the status is of that review. Meanwhile, the Biden administration has not made any major legislative proposal that addresses student loan forgiveness.

However, one state has announced a student loan forgiveness plan.

New York Gov. Andrew Cuomo has announced the CUNY Comeback Program, which applies to people who attended school in the City University of New York system during the pandemic. The object of the program is to “eliminate up to $125 million in unpaid debt for at least 50,000 students who attended CUNY and suffered financial hardships during the COVID-19 pandemic.”

The announcement calls it “one of the nation's largest student debt forgiveness [plans] of its kind.”

“The COVID-19 pandemic has caused hardships in the lives of so many New Yorkers, and our students were among those most impacted,” Cuomo said in the announcement. “This landmark new program eliminates millions of dollars in unpaid debt, providing much-needed relief to tens of thousands of CUNY students as they work to get back on their feet after the pandemic and plan for their futures.”

The forgiveness will be funded through the money allocated to CUNY from New York’s allotment from the American Rescue Plan Act.

“CUNY students showed their great resilience in the face of the immeasurable hardships they faced over the past 16 months, from employment and income loss to food and housing insecurity, amid an unprecedented health crisis that brought sickness and tragedy to thousands of New York families,”  CUNY Chancellor Félix V. Matos Rodríguez said in the announcement.

“This compassionate action will allow CUNY students and recent graduates to move ahead in pursuit of their educational and career objectives without the specter of unpaid tuition and fees. This landmark measure will also enhance CUNY's important contributions to New York's economic recovery.”

The CUNY Board of Trustees approved the use of $125 million at a meeting on July 6. The university system estimates that 50,000 students will receive the benefit. Students are eligible if they were enrolled at CUNY between March 13, 2020, and the spring 2021 semester, if they are “determined to have hardship,” and those who have a certain outstanding balance per semester.