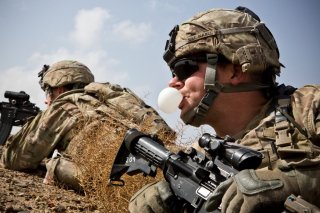 Here's What You Need To Remember: Russian conventional forces are capable of conducting a rapid, high-intensity campaign against the states on its immediate Western periphery. Latvia, Lithuania and Estonia – all NATO members – are particularly vulnerable to a conventional surprise attack.

This article by Dan Gouré originally appeared at Real Clear Defense. This article first appeared in 2019. It is being republished due to reade interest.