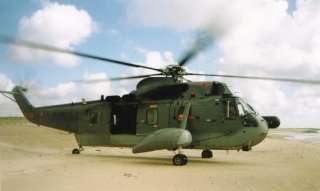 Here's What You Need to Know: Of the approximately 150 participants, roughly 60 Green Berets made up the ground assault team, while the rest were Air Commandos, including those who operated the aircraft.

Six years of overt and covert war, mainly in South Vietnam but also in North Vietnam and the adjoining countries, had produced a lot of American prisoners of war, primarily aviators who had been shot down by North Vietnamese anti-aircraft fire.

The U.S. intelligence community estimated that by 1970 approximately 450 Americans were held as prisoners of war in North Vietnamese prisons, often under harrowing circumstances, with forced starvations, lack of medical care, and torture all thinning down their numbers by the day.

As the picture became clearer, pressure within the White House and the Pentagon mounted for a rescue operation. Planners began working on a target package and, based on the available intelligence, determined that the most promising target was the Son Tay Prison, located a short few miles from Hanoi, the capital of North Vietnam. There, intelligence officers believed, the North Vietnamese held about 50 Americans.

Related: ST IDAHO: THE SPECIAL FORCES TEAM THAT VANISHED IN THE JUNGLE

Planners handpicked almost 150 men–Special Forces operators and Air Commandos–for the mission. When it came to picking operators for this most sensitive of missions, the planners didn’t necessarily look for combat veterans, although those who had seen action were a majority. Promising operators who hadn’t seen combat yet were also selected for the mission.

Terry Buckler was one of those less experienced operators who was selected to participate in the mission. He was the youngest man on the assault teams.

“There were no defined requirements.  I had no combat experience but the will to serve,” Terry Buckler, a retired Green Beret and Son Tay Raider, told Sandboxx News.

“There was also no preference towards SOG [Studies and Observations Group] operators, but many of the raiders had combat experience and some had served in SOG.”

Military Assistance Command Vietnam-Studies and Observations Group (MACV-SOG) was a covert outfit composed of Green Berets, Navy SEALs, Recon Marines, and Air Commandos that conducted cross-border operations in North Vietnam, Cambodia, Laos, and Thailand. Those who ran recon and direct action operations with SOG were considered the cream of the crop among even the most elite American troops.

And for a good reason, they regularly operated against devastatingly superior enemy forces, and always operated behind enemy lines.

Related: THE MOST PROLIFIC PILOT IN THE VIETNAM WAR PROBABLY DIDN’T ACTUALLY EXIST

Bucker wrote about the operation and his experiences in his book “Who Will Go: Into the Son Tay POW Camp.”

To lead the raid, the Army chose Colonel Arthur D. “Bull” Simons, a legendary and highly decorated Ranger who had already participated in the raid at Cabanatuan; one of the most successful prisoner rescue operations in US special operations history, during World War 2.

Of the approximately 150 participants, roughly 60 Green Berets made up the ground assault team, while the rest were Air Commandos, including those who operated the aircraft.

The ground assault team was divided into three elements: Blueboy, Greenleaf, and Redwine.

Led by Captain Dick Meadows, another legendary figure in the U.S. special operations history who went on to become a founding member of Delta Force, Blueboy’s goal was to land inside the prison compound and rescue the American prisoners of war. Greenleaf’s task was to land outside the prison courtyard and provide fire support and reinforcements in case Blueboy ran into trouble. And finally, Redwine, led by Col. Simons, was responsible for securing the Son Tay Prison’s perimeter and fending off any reinforcements the North Vietnamese might send to the compound. Planners decided that it was more prudent to fly to the target from Laos, rather than out of South Vietnam, so they wouldn’t alert the potent North Vietnamese anti-aircraft network.

A few days before D-Day, the task force flew from the U.S. straight to a covert CIA base in Thailand. After a short respite, during which the operators finally found out about their mission, the task force moved to their launching site in Laos.

During training, the task force had conducted 170 ground rehearsals and 268 air sorties, all at night.

Emotions among the commandos ranged from disbelief to jubilance when they received word of their mission.

“When we found out about the target, I thought, ‘you have to be shitting me.’ We are going into the heart of the bad guys and have a 50/50 chance of not making it back,” Buckler told Sandboxx News.

And yet, a deadly determination vibrated throughout the task force—they were finally doing something for those poor buggers suffering in enemy hands. Simons gave the cue during the final brief in Thailand.

“You are to let nothing—nothing—interfere with the operation,” he told the men.

“Our mission is to rescue prisoners, not to take prisoners,” Simons went on, making it clear that no quarter was to be given or accepted.

In case they encountered fierce resistance or were comprised, the American commandos were to rally at a nearby river and await extraction… or make a last stand.

On the early night hours of November 20, the task force left the launching site in Laos and headed toward the Son Tay Prison.

The cavalry was coming.

The most successful failure

The careful planning of the insertion route caught the North Vietnamese completely unawares, and the specially-chosen team of operators achieved complete surprise.

However, not everything went according to plan. Greenleaf landed on a secondary objective by mistake some 500 yards away from the prison compound, and the 22 commandos of the security element had to fight it out with approximately 200 Chinese troops. Surprise and firepower were with the Americans, however, and they quickly neutralized the threat to the mission, with Simons himself killing a Chinese soldier with his personal revolver.

Meanwhile, the Blueboy element stormed the prison, reached the cells… but found no prisoners. A dry hole.

Related: HOW A GREEN BERET ACHIEVED IMMORTALITY DURING ONE OF THE FIERCEST BATTLES OF THE VIETNAM WAR

The Raiders quickly established that the Son Tay Prison didn’t hold any American prisoner of wars anymore, and they trooped back to the awaiting helicopters for the long ride back to safety.

It had only taken them 28 minutes.

Contradictory feelings ran through the task force. The American commandos had accomplished the unthinkable: they had assaulted a heavily fortified prison camp right next to the North Vietnamese capital and had accomplished all of their objectives, but had found no prisoners. It was as if some cruel twist of fate had stolen their bite from within their mouth.

But not all was in vain. By proving that the U.S. was willing to go to any lengths to rescue its own, they forced North Vietnam to treat American prisoners of war better. Following the raid, the North Vietnamese consolidated all American prisoners of war into two prison facilities in downtown Hanoi. Putting them together did wonders for the morale and mental health of the Americans as thus far most had been on solitary confinement. And word of the raid spread.

“We were absolutely elated when we learned of the raid,” said Major R.E. Smith, an Air Force pilot and former prisoner of war. “It was the single most significant event in terms of POW life that happened in North Vietnam. It brought us together. It allowed us to be better organized. It reinforced the belief that the U.S. would go to any length to see that we were returned.”

Smith’s F-105 fighter jet had been shot down, forcing him to spend time in Son Tay prison before the raid. He was repatriated in 1973.

“After training for three months and to hit a dry hole, we were all very disappointed. However, after meeting the POWs years later, we learned that the raid was a great success for the treatment of the POWs,” Buckler told Sandboxx News.

All the Son Tay Raiders were awarded the Silver Star, the nation’s third-highest award for valor under fire, for the determination to go above and beyond the normal call of duty to save their compatriots.

Simons went on national television and debriefed the American press about the operation. Later, he was immortalized by a statue at the John F. Kennedy Special Warfare Center and School in Fort Bragg, the home of Army special operations. Etched on the side are Simons’ words that describe the man’s values and determination like no biographer could.