The Opportunity Cost of an Aircraft Carrier: Thousands of Hypersonic Missiles 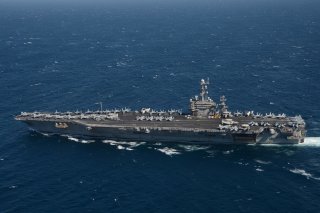 Here's What You Need To Remember: Griffin’s proposal came around the same time the Congressional Budget Office discovered a potentially $200-billion cap in the Navy’s shipbuilding plans. The Navy would have to spend around $7 billion per year for 30 years on top of existing projected budgets in order to grow the front-line fleet to 355 ships, the CBO determined.

David Axe served as Defense Editor of the National Interest. He is the author of the graphic novels War Fix, War Is Boring and Machete Squad. This article first appeared in October 2019.