In Order to Spy on French Nuclear Tests, the U.S. Used U-2 Spy Planes from Aircraft Carriers 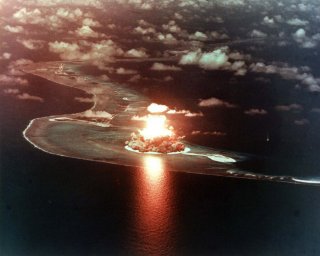 Here's What You Need To Remember: This was likely one of the only times U-2s were used from aircraft carriers—though we will likely never know for certain.

This article originally appeared in May 2020 and is being republished due to reader interest.