Origin Story: How the Delta Coronavirus Variant Took Over the World 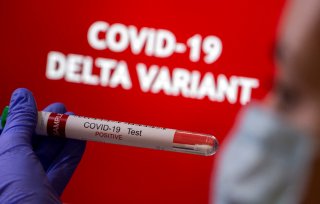 Here's What You Need To Remember: The Delta variant originated in India, which suffered a medical emergency in April 2021 following a series of pilgrimages described as “super-spreader” events.

When any virus is transferred from person to person, it experiences “copying errors” when strands of their genetic material are replicated inaccurately from one virus to the next.

Most of the time, this does not result in any significant difference. However, because effective viruses survive and replicate more quickly, and unsuccessful ones die off, more effective virus strains naturally develop over time. This is essentially a survival-of-the-fittest experience for virus strains. Also, this is one of the reasons that flu vaccines are usually updated each year.

With regard to the coronavirus, public health officials in the United States have encouraged all Americans to get one of the available vaccines, warning that large numbers of unvaccinated Americans would endanger themselves and vaccinated Americans as if the virus had room to mutate and create a new strain that the vaccine could not prevent. The goal of “herd immunity” was to ensure that enough Americans were vaccinated—or immune to the virus—so as to make it very difficult for the virus to continue mutating at a large scale.

It seems possible, though far from certain, that the fears of the officials have partially come to pass. The coronavirus “Delta variant” is more worrying than the original coronavirus strain for many reasons. The most significant reason is the mutations on its spike proteins, allowing it to enter humans more easily and therefore making it more contagious. Researchers have estimated that the Delta variant is about 50 percent more contagious than the Alpha (original) variant.

The Delta variant originated in India, which suffered a medical emergency in April 2021 following a series of pilgrimages described as “super-spreader” events. In the United States, the virus has spread the fastest in areas with low vaccination rates. The American Midwest has been hard hit, including the states of Iowa, Kansas, Missouri, and Nebraska, as well as Southern states such as Arkansas. It is in these states which the Delta variant has been described as responsible for four out of every five new cases.

Fortunately, the evidence so far seems to suggest that the vaccines are effective against the Delta variant. This is a powerful argument in favor of a vaccination, which could defend the country against another deadly virus mutation.