Our Picks: The Five Best Revolvers on the Planet 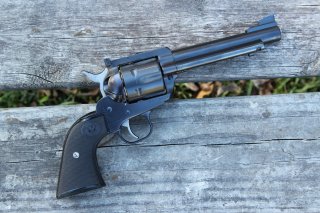 Here's What You Need To Remember: Ruger makes the list three times; its revolvers are consistently top-notch. The other two aren't bad, either.

The revolver concept was preceded by the so-called “pepperbox” handgun, which used multiple barrels to arm an individual with multiple ready-to-fire bullets. This was later refined to the revolver concept, which saved weight by using a single barrel served by a revolving, cylindrical magazine holding six or more bullets. Although semiautomatic pistols have overtaken revolvers on the U.S. market, there are several good revolver designs that command attention. Simpler, less prone to jamming and capable of firing more powerful ammunition than the semiautomatic, revolvers still have their place.

Kyle Mizokami is a defense and national security writer based in San Francisco who has appeared in the Diplomat, Foreign Policy, War is Boring and the Daily Beast. In 2009 he cofounded the defense and security blog Japan Security Watch. You can follow him on Twitter: @KyleMizokami. This article first appeared in January 2018.