Over 3 Million Americans are Begging for More Stimulus Payments 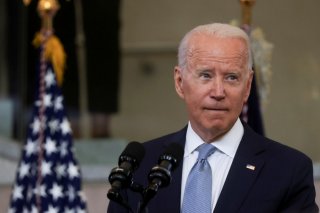 Here's What You Need to Remember: Keep in mind that over the past year, Congress has approved the delivery of three direct stimulus payments to most Americans—a $1,200 check in April 2020, $600 in December, and the current $1,400 payments under Biden’s $1.9 trillion American Rescue Plan.

It appears that President Joe Biden and Congress are hearing from all sides that more direct stimulus payments to cash-strapped Americans are desperately needed.

In fact, there are currently six ongoing online petitions demanding recurring monthly stimulus checks of $2,000 until the coronavirus pandemic ends—and they have altogether amassed more than three million signatures.

The largest of the bunch is the Change.org petition that was launched by Colorado restaurant owner Stephanie Bonin. To date, it has collected nearly 2.7 million signatures—just three hundred thousand short of its goal. If the current pace continues, the petition could hit its target sometime in August.

“I’m calling on Congress to support families with a $2,000 payment for adults and a $1,000 payment for kids immediately, and continuing regular checks for the duration of the crisis,” Bonin states in the petition.

“Otherwise, laid-off workers, furloughed workers, the self-employed, and workers dealing with reduced hours will struggle to pay their rent or put food on the table. Our country is still deeply struggling,” she continues.

Keep in mind that over the past year, Congress has approved the delivery of three direct stimulus payments to most Americans—a $1,200 check in April 2020, $600 in December, and the current $1,400 payments under Biden’s $1.9 trillion American Rescue Plan.

Still, as the money from those checks runs dry for most American families, the petition asserts that millions of low-income Americans aren’t able to pay for basic necessities like food and rent.

“For our team and other Americans who can claim unemployment, even the maximum payments will not be enough for most people to continue paying their bills—and avoid slipping into poverty,” the petition contends.

Despite the lack of any concrete action at the White House and in Congress, do take note that another round of stimulus isn’t entirely off the table. During a recent press briefing with reporters, White House Press Secretary Jen Psaki said: “[President Joe Biden] is happy to hear from a range of ideas on what would be most effective and what’s most important to the economy moving forward.”

In a separate briefing, Psaki appeared to be willing to listen to the ideas put forth by Congress. “We’ll see what members of Congress propose, but those are not free,” she said.

Moreover, it seems as though several influential members of the House Ways and Means Committee would like more rounds of stimulus to become a reality.

“The pandemic has served as a stark reminder that families and workers need certainty in a crisis,” they said in a letter to Biden. “They deserve to know they can put food on the table and keep a roof over their heads.”