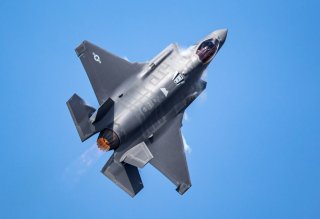 Here's What You Need to Know: While Tokyo mulls its options, Lockheed is trying to squeeze more missiles into the F-35’s bays. “With internal research and development over the last several years, Lockheed Martin has matured design concepts to integrate six air-to-air missiles within the internal weapons bays of the F-35A and F-35C variants,” company spokesman Michael Friedman told Breaking Defense.