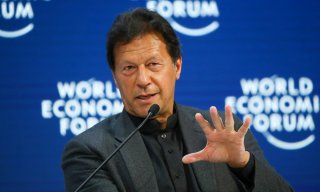 Here's What You Need To Remember: This fractured PTI government found it hard to speak with one voice and offer a coherent vision for improving governance. Yet it muddled through, aided by an equally divided opposition that failed to mount a unified challenge.

Imran Khan became Prime Minister of Pakistan in 2018 after defeating entrenched dynastic political parties that had been alternating in government for decades. His Pakistan Tehreek-i-Insaf (PTI) had not been a strong force on the national scene but promised a ‘tsunami’ of change to produce a ‘New Pakistan’. It is struggling to fulfill that promise.

As Khan enters the second half of his five-year term, the situation does not augur well — partly because of the intrinsic weaknesses of his own government, and partly because of external factors that are hurting the economy. PTI retains a majority in the National Assembly but does not control the Senate, hindering Khan’s ability to fully enact his legislative agenda. Even though he faces a fractured and somewhat discredited opposition, an uncertain economy and turmoil in Afghanistan will affect his ability to manage Pakistan and prepare for a fresh election.

The PTI took office with a coalition of partners of various hues. Some had reportedly been persuaded by the military’s powerful Inter-Services Intelligence agency to drop their affiliation with the Pakistan Muslim League-Nawaz group and either run as independents or join the PTI. Others were opportunists who have jumped from one party to another over the course of their careers. This fractured PTI government found it hard to speak with one voice and offer a coherent vision for improving governance. Yet it muddled through, aided by an equally divided opposition that failed to mount a unified challenge.

A serious economic crisis exacerbated by COVID-19 forced Khan to seek external assistance, including from the International Monetary Fund (IMF) — an institution he had criticised throughout his political career as a hegemon — and from both China and Saudi Arabia. In 2019–20, Pakistan’s economic growth rate dropped into negative territory at –0.4 per cent. It is now rising at 2–4 per cent, but this is still well below the 7 per cent or more needed to stay ahead of its population growth.

The IMF’s Pakistan program is in abeyance with its 6th and 7th reviews being folded into one. A key element will be Pakistan’s continuing poor fiscal situation and inability to increase revenues to fund its growth-oriented budget. Many see the expansive budget as a break with the austerity of the past and a first shot in the attempt to win the next election by increasing spending. It is also constructed on some questionable assumptions about increasing revenues on the back of a drop in global energy prices. If increased growth rates can be maintained and visible spending on development projects woos potential voters there is a possibility of an early election.

International experts do not have such a positive view of the country’s economic prospects despite some glimmers of hope. Pakistan expects to get some short-term breathing room from an allocation in August of some US$2.8 billion Special Drawing Rights with the increase in the IMF’s capital base.

Pakistan’s foreign exchange reserves also rose, aided by a surge in remittances. The constraints on air travel are slowing the flow of illegal currency, forcing people to use the new and improved official systems of the State Bank of Pakistan. It is estimated that remittances in 2022 will be around US$31 billion, though a slowdown is already evident. Foreign exchange reserves are around US$20 billion, although most of them are on call. COVID-19 also did not have the same devastating effect as it did in neighbouring India.

But foreign direct investment has dropped. And Pakistan remains on the grey list of the Financial Action Task Force that monitors illegal money movements and terrorist financing — despite having addressed 26 of the 27 issues that put it on that list. Pakistan had successfully come off that list in 2015, and no doubt could do it again, but it fears that political reasons may be behind a push to keep it on the grey list. The next few months will indicate the likely outcome.

Relations with the United States will be crucial here, especially as Afghanistan has already come under Taliban control after the United States scrambled for the exit. This creates domestic problems for the Biden administration, and it may continue to blame Pakistan for supporting the Taliban. If the United States and other Western powers withhold diplomatic recognition and economic aid from a Taliban-dominated government, Pakistan will face a tough choice.

Should Imran Khan recognise the Taliban government and risk becoming an international pariah again? Russia, China and the Arab states may yet give it political cover for recognition of Taliban rule in Kabul. The first test of tacit US support for Pakistan will come in late September or early October with the completion of the IMF review. If the IMF approves continuation of its program for Pakistan, we should assume that the United States gave weight to Pakistan’s help with the Taliban negotiations and the US exit from Kabul. Or that the other Western powers supported it, even if the US was lukewarm or against it.

In November 2022, Khan will need to select a successor to his patron and partner in running Pakistan, army chief General Qamar Javed Bajwa. He appears to have built a close relationship with and dependence on a contender for the post — the current Director-General of the Inter-Services Intelligence, Lieutenant General Faiz Hameed. There is also the possibility of another, perhaps shorter, extension for Bajwa. If that happens then Hameed and other senior contenders will retire before the third Bajwa term expires.

But Pakistan’s fickle politics may alter that landscape, especially if the economy heads south. General Bajwa will also be shuffling the deck of the army’s top brass this October as some generals retire. What happens in the next six months may determine the future leadership of the army and the prospects for re-election of Imran Khan.

Shuja Nawaz is Distinguised Fellow in the South Asia Center at the Atlantic Council. His latest book is The Battle for Pakistan: The Bitter US Friendship and a Tough Neighbourhood (Rowman & Littlefield, 2020). This article was originally published in East Asia Forum.