Patrol Plane Turned Bomber? What's In Store for the Is the Boeing P-8 Poseidon? 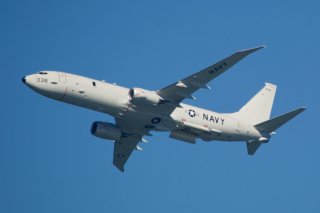 Here's What You Need to Remember: The new weapons greatly would expand the kinds of targets the P-8 can attack. The Poseidon is a modified 737NG airliner with a new wing, military sensors and communications as well as an internal weapons bay and wing pylons for munitions.