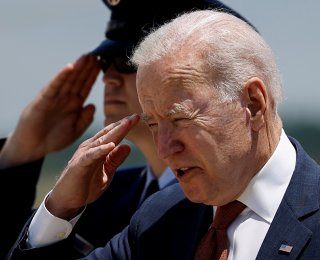 President Joe Biden reportedly conceded his 28 percent corporate tax rate pitch to Republicans as a way to fund his infrastructure proposal as he and GOP negotiators hammer out a bipartisan package.

Biden offered a minimum corporate tax rate of 15 percent during a meeting with Sen. Shelley Moore Capito (R-W.Va.) at the White House this week, according to The Washington Post. The duo will resume talks on Friday, but administration officials said that the president may halt negotiations if there’s no progress.

White House press secretary Jen Psaki noted, however, that Biden is still pushing for a minimum corporate tax rate as part of his infrastructure package and is not abandoning his original idea to increase the current rate.

“What the president believes is, one, that corporations can afford to pay a little bit more, and that’s a way that we can pay for a range of the bold proposals that he has put forward,” Psaki said.

She added, “But he also took a look at these proposals, and all of the tax proposals that he has put forward over time, to find a way where there should be pay-fors that, based on their bottom lines, many of the Republican leaders should be able to agree to.”

The move sent a meaningful compromise to lawmakers on the other side of the aisle, as Republicans have asserted that reversing former President Donald Trump’s 2017 tax cuts is a “red line” in negotiations.

As part of Biden’s new tax pitch, the president emphasized that the White House would strengthen the IRS enforcement on corporations and wealthy earners who engage in tax dodging.

The president’s new tax proposal also upholds an early campaign promise to not impose tax hikes on Americans making less than $400,000 a year.

During talks with Capito, Biden also outlined a $1 trillion infrastructure spending plan, a decrease from the $1.7 trillion package the White House recently unveiled. But even with a cheaper price tag, it’s nearly four times as much as what Republicans are willing to agree to spend on infrastructure needs like roads, bridges, and Internet access.

“We’re still hoping we can come to an agreement on a fully paid for and significant infrastructure package,” Senate Minority Leader Mitch McConnell (R-Ky.) said in Kentucky on Thursday.

But if the White House and Republican lawmakers fail to strike a bipartisan deal soon, Senate Majority Leader Chuck Schumer (D-N.Y.) said that the upper chamber will move forward with a major infrastructure bill, with or without support from the other side of the aisle.