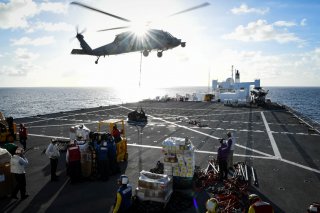 Here's What You Need to Remember: The next administration will need to bite the bullet on recapitalization of the sealift fleet. In doing so, it needs to take a long-term view that includes the need to support domestic shipbuilding and to maintain an adequate number of merchant mariners.

Dan Gouré, Ph.D., is a vice president at the public-policy research think tank Lexington Institute. Goure has a background in the public sector and U.S. federal government, most recently serving as a member of the 2001 Department of Defense Transition Team. You can follow him on Twitter at @dgoure and the Lexington Institute @LexNextDC. This article first appeared last month and is being republished due to reader interest.