The Pentagon Wants To Invest Billions in Hypersonic Missile Defense 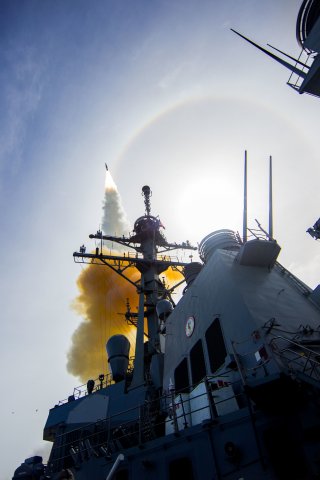 Here's What You Need to Remember: Advanced space-based sensing to track hypersonic weapons might represent one of just several areas of hope for Pentagon weapons developers confronting the challenge of how to attempt defending against hypersonic weapons.

Advanced space-based sensing to track hypersonic weapons might represent one of just several areas of hope for Pentagon weapons developers confronting the challenge of how to attempt defending against hypersonic weapons. Guided missiles traveling at hypersonic speeds may simply be arriving so quickly that ground-based commanders simply will not be able to detect a threat in time to respond. Part of this challenge is compounded by the fact that a weapon traveling at hypersonic speeds will likely transit from one radar aperture to another so quickly, that coordinated radar systems may not be able to keep a consistent track on a target across different geographical reasons, something it is able to do with non-hypersonic weapons.

Detecting hypersonic weapons from space, however, at very rapid speeds, can greatly change the equation and increase the likelihood that defenders could establish a more continuous track of the approaching weapon sufficient to coordinate some kind of defense or intercept.