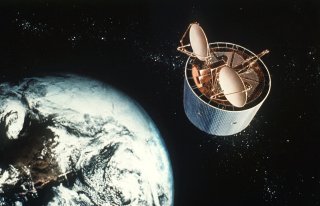 Here's What You Need to Remember: The United States continuously looks to ensure its space systems are safe and resilient against emerging space threats.

According to Breaking Defense, Lt. Gen. Jay Raymond, commander of the 14th Air Force, explained back in 2015 that China’s amassing formidable anti-satellite capabilities. Raymond claimed that Beijing is already capable of holding every low-orbit satellite at risk, and “soon every satellite in every orbit will be able to be held at risk” by China’s anti-satellite (ASAT) capabilities.

Speaking at the 31st Space Symposium in Colorado Springs in 2015, Raymond also confirmed that China’s anti-satellite missile test last July was a success.

As I reported elsewhere,  China claimed it had successfully tested a ballistic missile defense system. However, a week later, the U.S. government revealed that the test was actually of an anti-satellite missile.