Picture This: The U.S. Military Never Builds the B-52 Bomber 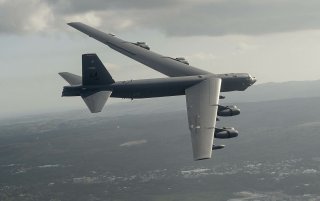 Here's What You Need To Remember: It is difficult to conceive of a world in which the United States had never acquired the B-52. The decision would have had ripple effects across the Air Force and the Department of Defense, with a not inconsequential impact on the Vietnam War. Indeed, the Air Force today would look very different if it could not rely on the B-52 as both a conventional and a nuclear bomber.