A Pilot Explains What Its like Flying an Apache Helicopter 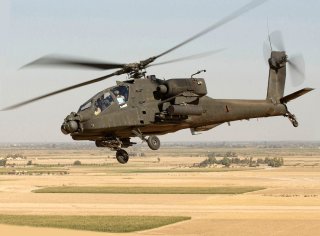 Here’s What You Need to Remember: "Most guys who join the military are not in it for the money, they're there to blow things up."

"Nothing is more powerful than a young boy's wish except an Apache helicopter. An Apache helicopter has machine guns and missiles. It is an unbelievably impressive complement of weaponry, an absolute death machine."