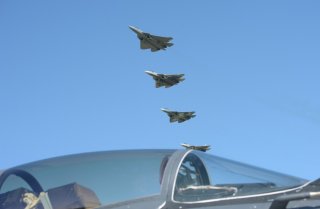 Here's What You Need to Remember: Though a pilot would sit in the jet’s cockpit, he would allegedly just be used to monitor the airframe’s systems.