The Pipe Lines that Fueled the D-Day Landings 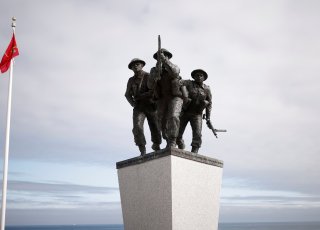 Here's What You Need to Remember: By some accounts, it was one of the greatest feats of military engineering in the history of World War II, but it was some three months late.

After the war, about 90 percent of the pipelines were recovered as salvage. However, while it failed to deliver the necessary fuel for the war effort, PLUTO was the forerunner of all flexible pipes used it the development of offshore oil fields in the post-war world.