Precision, Not Attrition: How China Updated Its Warfighting Plans 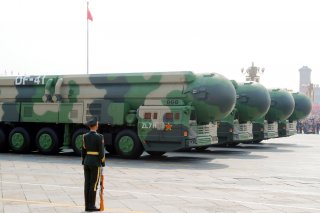 Here's What You Need To Remember: To be clear, while Sun Tzu favored defeating an opponent with cleverness rather than violence, there is nothing pacifistic about China’s new strategy. It is a different form of violence that favors more precision and less attrition.