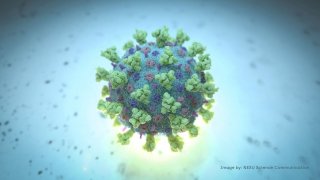 COVID-19 vaccines are proving highly effective in pregnancy, according to a newly published study in the American Journal of Obstetrics and Gynecology. It has also found that mothers who have been vaccinated are passing on precious immunity to their newborns.

A group of researchers in Massachusetts studied pregnant women’s response to two approved mRNA vaccines – Pfizer/BioNTech and Moderna/NIH. The women were vaccinated either during pregnancy or while breastfeeding, and their ability to produce virus-specific antibodies was compared to that of vaccinated, non-pregnant women.

While the small number of women included in this study – 131 – is a limiting factor, it nonetheless provides very important early insight into the safety and effectiveness of COVID-19 vaccination in pregnancy. This matters, because new infectious diseases can come with all kinds of risks for women during pregnancy and childbirth, as well as in the neonatal phase. All of these risks need to be considered when making healthcare decisions related to pregnant women and, in particular, when considering vaccine strategies.

While there remains a lot that we don’t yet know about the effects of COVID-19 on pregnant women and their babies, there are some things we do know.

In early pregnancy, the virus is not associated with an increased chance of miscarriage. Vertical transmission – where the virus passes from the mother to the baby in the womb – is relatively rare. And babies seldom get sick.

We also know that, overall, pregnant women tend to have milder symptoms than the general population. However, they remain at greater risk of complications including placental inflammation and can become very ill. This in turn can lead to an increased likelihood of being admitted to intensive care and giving birth prematurely. As within the general population, pregnant women who are Black or Asian, as well as those who are obese, are at greater risk of severe COVID-19.

Now, of course, vaccination would prevent these outcomes. However, women are typically not included in any early vaccines trials if they’re pregnant. It is only now that data relating specifically to the response to the vaccine of pregnant and breast-feeding women are emerging. The work published in this paper is the first study to address this, making it incredibly valuable.

The Massachussets study focused on 84 pregnant women, 31 who were breast-feeding and 16 who were neither. The women each received two doses – what is known as prime and boost - of one of the vaccines. They had blood taken with each dose, and again up to six weeks after the second.

These blood samples were used to track the women’s antibody responses to the virus. The results were conclusive. All the women – both pregnant and breast-feeding – were found to have robust immunity, comparable to that of the non-pregnant women. And, this immunity increased with time, post-vaccination.

The researchers compared these findings with the antibody response in pregnant women who had contracted the virus naturally. This enabled them to show that the level of antibodies made in response to the vaccines far exceeded those made in response to natural infections.

One important reason to vaccinate pregnant women is so they can in turn provide their antibodies to the baby. This is known as passive immunity and it occurs when a mother is infected naturally or when she is vaccinated. The antibodies she produces are passed to her baby through the placenta or via breast milk. This affords the baby protection against infectious diseases it might come in contact with while its own immune system is still maturing. It is one of the reasons, for example, that pregnant women in many countries, including the UK, are encouraged to be vaccinated for flu and whooping cough.

When the babies in the study were delivered, the researchers studied blood samples from their umbilical cords. They found virus-specific antibodies in every sample. This shows that vaccinated mothers are passing antibodies to their babies through the placenta, in keeping with what we know from studies in natural infection. They also found virus-specific antibodies in breast milk from the women who were breastfeeding when vaccinated, which means that passive immunity is taking place via this route as well.

The investigators in this study were also able to provide some insight into when in pregnancy might be the best time to vaccinate pregnant women. Vaccinating women in different trimesters of their pregnancies did not affect antibody levels. This suggests that women can make a robust response to the vaccine at any stage of pregnancy.

In contrast, the analysis of umbilical cord blood shows that the second dose of a vaccine is important for maximising passive immunity for the baby. The lowest levels of antibodies in the umbilical cord samples came from a woman who delivered her baby before the second dose. The ability of the antibody to stop the entry of the virus into cells and cause infection also seems to need the boost dose. This suggests that having both doses before giving birth is critical to ensuring the baby gets the most protection possible.

There have been recent calls for pregnant women to be included at the early stages of vaccine trials, in order to limit delays in protecting them and their newborns. This study supports those calls.

It also highlights important next steps. Larger studies are needed to investigate when the best time in pregnancy is to vaccinate. These should include more detailed analysis of how the mothers respond to the vaccine at different stages of pregnancy, whether the vaccine prevents placental inflammation and preterm birth, and what effects this timing might have for passive immunity in newborns.

It points to other important questions too. How effective is the immunity transferred to the infant? And how long-lived is vaccine-induced viral immunity in the mother when the vaccination is made during pregnancy? We will need more studies to answer these questions.