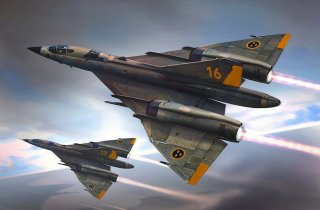 Here's What You Need to Remember: The Saab A-36 was to have been a single-seat bomber and would have been able to carry a single 800 kg free-falling nuclear weapon. However, the project was canceled in 1957 while Sweden also canceled its nuclear weapons program in the 1960s.