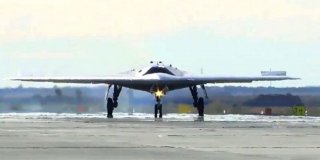 Here's What You Need to Remember: The proposed 2024 delivery goal may be rather ambitious. The Okhotnik made its first flight just last year, and although it has flown with other aircraft, some of the stated project goals could delay its entry into service.

This first appeared ealier and is being reposted due to reader interest.

Caleb Larson is a Defense Writer with The National Interest. He holds a Master of Public Policy and covers U.S. and Russian security, European defense issues, and German politics and culture. This first appeared ealier and is being reposted due to reader interest.