Pyongyang's New Missiles May Be Able To Strike a U.S. Base In Seoul 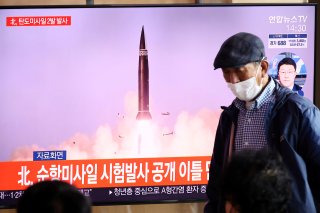 Here's What You Need to Remember: Pyongyang’s war-planners apparently intend directly to target Camp Humphreys in the event of war, retired U.S. Army colonel David Maxwell, a senior fellow at the Foundation for Defense of Democracies, told Army Times.