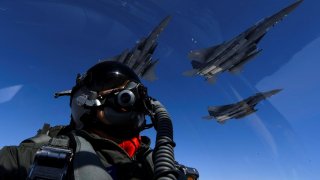 The Boeing-produced aircraft completed its first flight in Paril 2020 at Lambert International Airport in St. Louis, where it demonstrated unmatched maneuverability and speed. This included a nearly vertical “Viking takeoff.”

This article firsrt appeared in May 2020.