Quantity, Not Quality: Why Iran Will Never Abandon Its Missile Forces 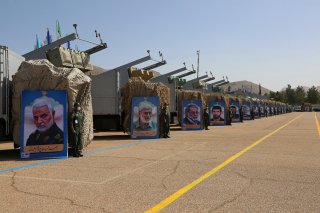 Here's What You Need to Remember: When the United States in early January 2020 assassinated Maj. Gen. Qassem Soleimani, head of the Quds Force, Iran retaliated by firing scores of rockets at two bases in Iraq where U.S. forces reside. Dozens of Americans were injured.