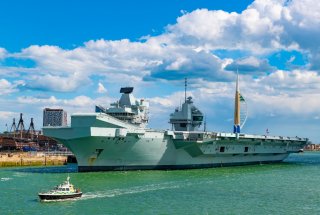 Here's What You Need to Remember: The Queen Elizabeth class represents a massive leap forward for the Royal Navy, and the success or failure of the class will structure British seapower for the rest of the twenty-first century.