Raptor vs. Raptor: Why Air Force F-22s Could Soon Do Battle 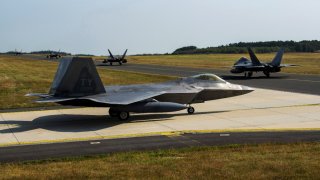 Here's What You Need to Remember: While the advanced or more modern F-22s will likely have better sensors, weapons range and delivery as well as improved radar and threat warning systems, both the older and newer models likely have similar maneuverability in many respects.