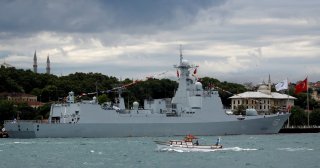 Here's What You Need To Remember: Roosevelt entertained an offensive vision of American sea power, and thus regarded coastal defense as a fallacy of the first order. It's not hard to see why this might be appealing to Beijing.

Disparate national circumstances demand disparate approaches to designing, building, and deploying fleets. You go to war with the navy you can afford.