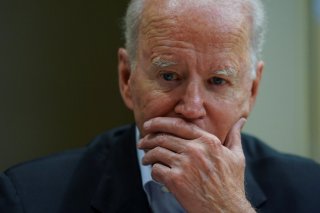 Here's What You Need to Remember: As of earlier this month, there were 9.2 million job openings, per the Department of Labor. However, continuing jobless claims plunged by 145,000 to roughly 3.34 million.

It’s a talking point that’s been stated again and again for the last several months: America has a labor shortage, and the reason for that shortage is that “nobody wants to work.”

Some huge fraction of the American population is getting some much money from “overly generous unemployment benefits" that they have decided they’re better off staying on the sidelines until September when the extra benefits from the American Rescue Plan are scheduled to expire. More than half the states in the country, in fact, have opted out of the unemployment program or declared their intention to do so. Alaska, Missouri, Mississippi, and Iowa were the first states to stop the benefits, with the last payments going out in mid-June.

Axios on Wednesday published a poll from Morning Consult which asked 463 U.S. adults who are receiving unemployment insurance why they have turned down job offers while they’ve been unemployed. And the idea that people are receiving more money to stay home than they would be working is not the top answer. It’s part of a larger survey by Morning Consult of 5,000 U.S. adults, of which 463 answered that they were receiving unemployment.

When asked “Reasons for turning down job offers while unemployed,” 13.8 percent of those asked answered, “child care obligations.” Three answers came in at 13 percent: “COVID-19, or any combination of reasons associated with the pandemic: “I receive enough money from unemployment insurance without having to work”; and “Health/Medical limitations.”

“I was not given enough money to return to work” was the fifth place answer with 12.1 percent, followed by “The job was not within my desired industry/function area” (11.4 percent) and “The job didn't allow remote work” (11 percent.)

Caveats apply: That is a small sample size, and there’s always the chance that poll respondents are not answering honestly.

As of earlier this month, there were 9.2 million job openings, per the Department of Labor. However, continuing jobless claims plunged by 145,000 to roughly 3.34 million.

“With a seasonally adjusted gain of 2,000 new claims to 373,000, it wasn’t a big move but just enough to make a difference. It is worth noting that aside from the number of new claims, continuing claims and the total number of individuals receiving some form of jobless assistance were on the decline.”