The Real Reason We Have a Labor Shortage 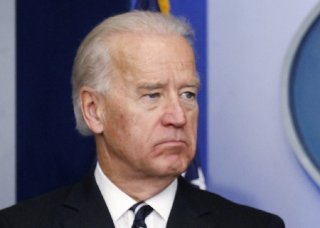 Economists and some congressional Republicans have blamed the massive coronavirus relief measures and unemployment insurance for the labor shortages across the United States. But a new report found that there could be another factor preventing people from returning back to work: a surge in entrepreneurship.

“Demand in the economy has taken off,” Mark Zandi, a chief economist at Moody’s, told the publication, adding, “a lot of businesses failed (because of the health crisis) and there’s less competition…It’s a very positive backdrop for business formation.”

Zandi noted that roughly 33 percent of this year’s business applications plan to hire employees, but the Labor Department’s monthly jobs report may not include this data since it doesn’t have an accurate method to incorporate the staffers of newly formed firms.

“I suspect there’s a lot more job creation than (the Labor Department) is picking up,” he said.

The department unveiled 559,000 job gains in May, short of what economists had projected. But the figure was a stronger sign of improvement after April when there were just 278,000 jobs added. Critics of President Joe Biden’s rescue package have pointed to its expansive direct relief, including the $300 weekly unemployment bonuses, for slowing the economic recovery down. Other analysts said that the fear of contracting coronavirus or a lack of child care as remote instruction continues might be preventing people from returning back to work.

But the jump in new businesses is another major factor for people not re-entering the labor market.

“It’s contributing to the worker shortages,” Bob Schwartz, a senior economist at Oxford Economics, told USA Today. “A lot of people say, ‘I can do this. Why should I go back to a $30,000-a-year job if I can do better?’”

The majority of small business owners who recently started their firms said it was because of an “economic need,” while one-third said it was due to being unemployed, according to a survey by Gusto, a payroll provider.

Newly launched businesses covered all different sectors, but the most popular was in retail, particularly e-commerce, as well as in professional services; transportation and warehousing; and construction, according to the report.

And although business owners may not be filling open roles at other companies, they are working and interacting with the economy, building an income, and employing other people.

“I always wanted to have my own place,” Stephanie Taylor, owner of the newly opened Welcome Home Café in Pennsylvania, told USA Today. “I said, ‘This is the time.’”