Real Top Gun: How the F-14 Tomcat Transformed Into a Bomber 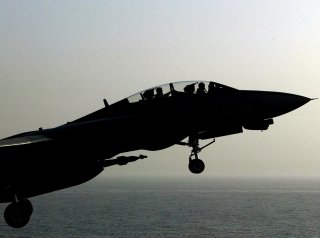 Key Point: The F-14 is a reliable fighter plane made for ship defense. But for a short time it was needed to serve a very different role.

This piece was originally featured in October 2018 and is being republished due to reader's interest.