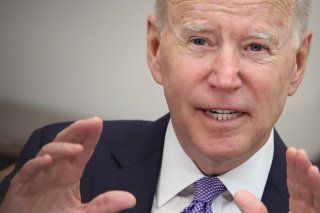 There were undoubtedly plenty of happy families on July 15 when the Internal Revenue Service began issuing payments from the expanded child tax credits that were approved under President Joe Biden’s $1.9 trillion American Rescue Plan.

But tax experts are already warning that those smiles could quickly turn into frowns when tax season rolls around next year.

This is due to the fact that in some instances, these currently credit-eligible parents must repay the money—a $250 or a $300 payment per child each month through the end of 2021—if their financial situations change this year.

Do keep in mind that the federal government is directed under Biden’s stimulus legislation to issue advance payments of the credit in periodic installments. And since these payments are largely based on the IRS’ estimates on available data—such as income, marital status, and number and age of qualifying dependent children—there could potentially be outdated or inaccurate data that trigger an overpayment of the credits.

In an effort to avoid such a precarious situation, some parents already have decided to opt out of the monthly checks. Be aware that those taking this route could potentially be eligible to collect a one-time lump sum during the 2022 tax season.

There are, however, now some protections in place for the nation’s lower-income parents. Lawmakers were able to pass legislation that states that households making $50,000 or less and joint filers with incomes of $60,000 or less won’t be responsible to repay excess credit payments.

How to Opt Out

For those parents who want to opt out of the payments but haven’t done so, the process is very straightforward. Just make sure to head over to the newly launched Child Tax Credit Update Portal, which will allow “families to verify their eligibility for the payments and if they choose to, unenroll, or opt out from receiving the monthly payments so they can receive a lump sum when they file their tax return next year,” the IRS notes, adding that more features will be included in the Update Portal to make the processing of the credits as smooth as possible.

Another question often brought up by parents is whether babies born this year will make them eligible for the child tax credits. According to the IRS, it appears that they would indeed be eligible for the funds—but do know that there is an extra step involved to claim those credits.

On the aforementioned Update Portal, parents are able to report any changes, such as number of dependents, including those newborns, throughout the year. For those who have yet to file their federal tax returns, they should make sure to utilize the Non-filer Sign-up Tool, which will give the IRS the necessary personal and financial information to properly issue the funds.