A Record Spectrum Auction Points to the Promise of 5G 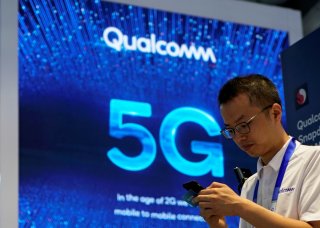 I wonder what Paul Milgrom and Robert Wilson are thinking. They are the winners of the 2020 Nobel Prize in economics for the advancement of auction theory and design. You might remember last fall’s video, caught by a doorbell camera, of the Wilsons waking up the Milgroms to deliver the good news.

Well, the C-band wireless spectrum auction conducted by the Federal Communications Commission (FCC) just set a record with $80.9 billion in winning bids. The previous high was $44.9 billion in 2015 for a spectrum band known as AWS-3.

Many on Wall Street — who had expected total winning C-band bids of around $40 billion — are concerned the high prices will bloat the already hefty debt loads of the mobile and cable firms. Low interest rates are probably one factor in the high bids and help soften the blow. Regardless, the $80 billion figure signals the promise of 5G wireless.

The C-band is the cornerstone of a mid-band spectrum explosion. We’ve noted many times that this block, situated between 3.7 and 3.98 gigahertz (GHz), will expand total commercially available mobile airwaves by nearly 50 percent. The 280 megahertz (MHz) is a record for aggregate spectrum. But it’s also important to note two factors that make it especially powerful for 5G: First, the frequency range is perfectly suited to the new small-cell architectures, which combine good coverage with high data speeds; and second, the wide 20 MHz subblocks are especially useful for the newest 5G radio technologies, which can better exploit wide bands. (The next phase is bidding for the specific C-band frequency blocks in the assignment phase of the auction, and winners could be announced by early March.)

Later this year, the FCC will likely announce another auction of juicy mid-band spectrum — 100 MHz worth between 3.45 and 3.55 GHz. And last year, as part of his 5G FAST plan, former FCC Chairman Ajit Pai opened up to flexible use a large chunk of 150 MHz at 3.55 to 3.7 GHz.

The result is astounding: Within the next few years, the US will enjoy a giant, contiguous band of 530 MHz of prime spectrum that will nearly double the existing mobile frequency bandwidth in the US.

It’s worth thinking about what the spectrum auction strategy has built. Wireless networks are the foundation of perhaps the most successful technology ecosystem in world history. In the recent fourth quarter, for example, Apple sold $65.6 billion worth of iPhones, catapulting its total iPhone user base past one billion. The millions of apps and services enabled by smartphones and tablets and the growing billions of connected devices, vehicles, and sensors are the heart of the internet economy — and thus increasingly of the whole economy.

It wasn’t always obvious we would go down this spectrum policy path. Decades ago, Ronald Coase, and then Milgrom and Wilson, proposed auctions as a way to allocate this invisible resource. They showed auctions would be far more efficient than the centralized manner in which every government had been giving out licenses: through politics. The auctions have collected hundreds of billions of dollars for US taxpayers and spurred perhaps a trillion dollars of investment in US mobile networks.

For the last 30 years, some technologists have proposed a model of mostly unlicensed spectrum in which so-called smart radios would share the airwaves by seeking out open frequencies and automatically avoiding interference. It’s not an unappealing vision, and it works in some circumstances, such as with Wi-Fi. But the technology for widespread unlicensed networks has not yet caught up with the dream. In the meantime, the auction path continues to power the most innovative technologies, firms, and economies.