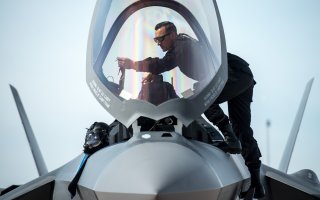 Here's What You Need to Know: The F-35 is, by design, intended to draw upon its stealth configuration to “Suppress Enemy Air Defenses” while monitoring air-to-air and air-to-ground threats.