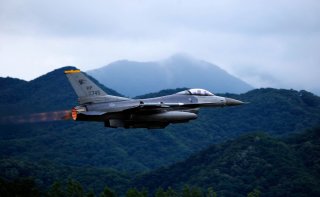 Here's What You Need To Remember: Yet, apart from the question of potentially enhancing stealth properties, there is another key reason why engineers succeed in creating more effective and higher-performing aircraft; designers continue to uncover new methods of directing, managing or controlling “airflow” surrounding an air vehicle, a phenomenon, of course, critical to flight stability.

Yet, apart from the question of potentially enhancing stealth properties, there is another key reason why engineers succeed in creating more effective and higher-performing aircraft; designers continue to uncover new methods of directing, managing or controlling “airflow” surrounding an air vehicle, a phenomenon, of course, critical to flight stability.  Should an aircraft’s surrounding airflow or “boundary layer” be directed or managed for optimal performance, then an aircraft can fly faster and smoother with much less turbulence.

This article is being reprinted for readers.