Retail Sales are Down: Is This Bad News for Joe Biden? 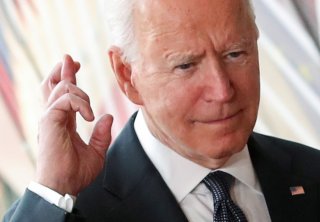 Here is What You Need to Remember: Even with the decline in overall retail sales, economists predict that spending will increase and fuel the country’s economic recovery as more people get vaccinated and return to in-person shopping and eating.

U.S. retail sales dropped 1.3 percent in May after a stimulus-induced spending binge bombarded the sector over the last two months.

The sales numbers follow an upwardly revised gain in April of 0.9 percent, which were originally reported as flat for the month.

May’s decline in retail sales suggests that consumers are pivoting their spending from goods to services as the country reopens due to drops in coronavirus cases and the swift vaccination rollout.

“The great pivot from goods into services has gained traction,” Diane Swonk, chief economist at Grant Thornton, told The Wall Street Journal. “As we shift into seeing and being seen, that whole process means spending on things that we didn’t spend on during the pandemic.”

Motor vehicles and auto dealership sales saw a 3.7 percent decline, according to data released by the Commerce Department, and electronics and appliance stores experienced a 3.4 percent drop in sales.

Clothing stores, however, saw the largest jump in sales in May compared to all other industries at three percent. Restaurants and bars also largely benefited in May with a 1.8 percent increase in sales.

The changed spending habits come as the latest round of direct relief from President Joe Biden’s American Rescue Plan dried up and prices on products surged after a spike in demand, along with sudden supply shortfalls.

But even with the decline in overall retail sales, economists predict that spending will increase and fuel the country’s economic recovery as more people get vaccinated and return to in-person shopping and eating.

The National Retail Federation expects retail sales to jump between 10.5 percent and 13.5 percent and reach more than $4.44 trillion in 2021, a much larger estimate than the group provided in February.

“The economy and consumer spending have proven to be much more resilient than initially forecasted,” Matthew Shay, NRF’s CEO, said last week.

Retail spending in May 2021 was also up about twenty-eight percent compared to one year earlier when pandemic lockdowns were in place and people remained isolated in their homes.