Retiring? Here Are 3 Strategies for Supplementing Your Social Security 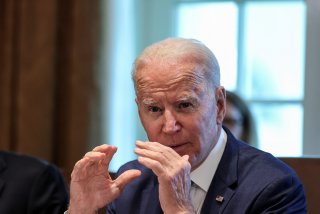 Key Point: There is no real question that Social Security is one of the most appreciated programs run by the federal government. Recent polls have indicated that three-fourths of Americans across the political divide support continuing the payments as they are. Of those who have reached retirement age and begun to collect them, more than four out of five have claimed that the payments have made a noticeable difference in their financial well-being.

Social Security is set up so that it is paid out for the rest of a person’s life. This gives retired Americans without a reliable source of income a measure of economic security—hence the name—in their older years. Unfortunately, the payments are typically not sufficient to live on by themselves; another source of income is usually needed to keep a retired family above the poverty level.

One of the easiest and most convenient ways to save for retirement is to create a retirement savings plan—either through a Roth IRA or through a 401(k) plan. Both of these allow Americans to put away wealth which usually cannot be withdrawn below a certain age, but is also exempt from taxation and can be invested.

To cut down on tax avoidance, the government limits how much money can be put away in these accounts per year. For Americans under the age of fifty, the maximum annual contribution to a 401(k) is $19,500 per year; for a Roth IRA, it’s $6,000. These numbers are increased to $26,000 and $7,000 after a person turns fifty. But these numbers are very difficult to reach on a normal salary, so most Americans are not affected by them.

For obvious reasons, seniors tend to experience higher healthcare bills than young people, and Social Security frequently is not enough to cover these costs. To offset these costs, people can put money in tax-free health savings accounts, or HSAs, while they are working.

HSA funds can be used in retirement to pay for healthcare-related expenses, such as prescription costs and insurance premiums. Americans under the age of fifty can add $3,600 per year tax-free to an HSA.

The standard age to retire and claim Social Security payments is sixty-five. However, the Social Security Administration provides some flexibility, allowing Americans to begin their payments sooner or later than that age. If a person claims theirs at age sixty-two, the youngest possible age, they will pay a penalty of roughly thirty percent; Americans who wait until age seventy to claim theirs will receive roughly the same amount as an increase.

Crucially, the benefits are then sent at the same level for the rest of the person’s life. Waiting a few years for payments to begin, then, can ultimately pay off in the long run.