Revolt of the Admirals: The Navy Refused to Abandon Nuclear Aircraft Carriers 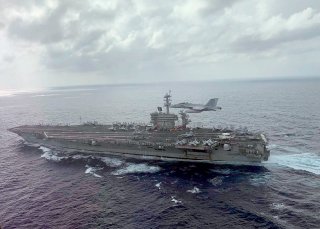 Here's What You Need to Know: The schematics for CVA-58 nonetheless informed the Navy’s first supercarriers, named rather appropriately the Forrestal-class, laid down during the Korean War. But the heavy-bomber carrying United States remains notable as the supercarrier the Navy absolutely thought it needed—but which with literally just a couple years more hindsight it discovered it truly could do without.