Revolver Or Semi-Automatic: What Is the Best Gun for Home Self-Defense 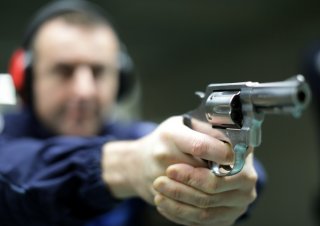 Here's What You Need To Remember: Pistols also have their own disadvantages. Unless stored “cocked and locked”—that is, loaded, and cocked with the safety on, a pistol needs its slide racked to chamber a round before firing. “Cocked and locked” may not be an option with children in the home, and many modern pistols lack a manual safety. A pistol owner, experiencing fear and stress in a defensive situation, could forget to rack the slide and chamber around unless the step is second nature.