Rheinmetall's Boxer is One of Europe's Toughest Fighting Vehicles 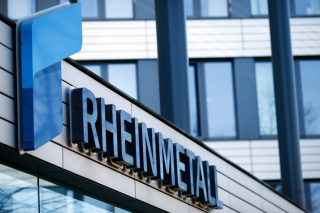 Here's What You Need To Remember: Rheinmetall’s Boxer is fast, and packs a heavy punch, and is enjoying increasing popularity thanks to the wide variety of variants that are available.

The Boxer armored fighting vehicle, manufactured by Germany’s defense industry heavyweight Rheinmetall, has several unique features that allow the Boxer to respond to a wide variety of challenges.

The eight-wheeled all-wheel drive vehicle consists of a single drive platform, and multiple mission modules that can be quickly and easily swapped out, allowing a degree of customization not seen in other vehicles. A wide variety of weapon stations are also available: they range from a standard 7.62 general purpose machine gun, up to a 30-millimeter main gun for use in combat against up-armored targets.

In addition to the base armored personnel carrier module, the Boxer can also be equipped to function as a high-capacity field ambulance vehicle by way of a taller and slightly larger capacity medical module, a command and control platform with secure communication systems and large displays for better situational awareness, as well as a combat reconnaissance vehicle equipped with a 30mm main gun.

Rheinmetall also announced that they have a potential solution to augment the German Bundeswehr’s short-range air defense (SHORAD) capability. Their proposal, dubbed Skyranger, mates a large 35mm turreted main gun to the Boxer hull top, along with an assortment of electro-optical systems and radar to identify and tack aerial targets.

In this configuration, the large main gun would fire primarily airburst ammunition, optimized for moving aerial targets, though it could also fire a discarding sabot round for use against armored vehicles. According to Rheinmetall, the 35mm gun’s range is 3,000 meters, and eventually the company would like to equip the Skyranger with directed energy weapons for increased capabilities.

The Australian Army is also beginning training with the Boxer, which was selected as the winner of Canberra’s Land 400 Phase 2 program, which aims at replacing Australia’s Australian Light Armored Vehicle, a LAV-25 variant.

The Australian order numbered 211 vehicles in total, the first twenty-five of which are split between reconnaissance and multipurpose vehicle configurations and are tailor-made to Australian MoD specifications. Though the first tranche of Boxers are German-built, the remaining vehicles on the tender will be manufactured domestically in Australia at a Rheinmetall plant.

Australia’s special-order Boxers are expected to serve until mid-century, explained Australia’s Minister of Defense, Linda Reynolds, stating in a press release that the Boxers will “will provide our soldiers with increased protection, lethality, connectivity and mobility for the next 30 years.”

German manufacturing is lauded as among the best in the world—and it is clear why that is. Rheinmetall’s Boxer is fast, and packs a heavy punch, and is enjoying increasing popularity thanks to the wide variety of variants that are available. Hats off to one of the more popular infantry fighting vehicles in Europe.

This article first appeared a few months ago and has been reposted due to reader interest.