Right Now, The U.S. Air Force To Fight For Taiwan 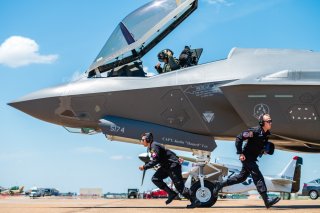 Here's What You Need to Remember: The United States would have to deploy as much as 80 percent of its Navy and Air Force to win a pitched conflict with China in the South and East China Seas, where the latter enjoys significant logistical and operational advantages, according to an estimate by Lu Li-shih,  a former instructor at Taiwan’s Naval Academy in Kaohsiung.

Mark Episkopos is a national security reporter for the National Interest. This article is being reprinted due to reader interest.